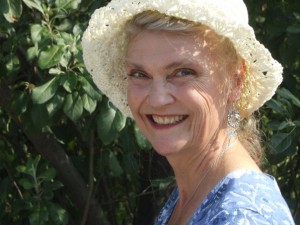 Best known for her iconic best-seller, Castaway, about a year married to a stranger on an uninhabited tropical island, Irvine expressed an unconventional streak early by leaving school aged twelve. She also started travelling young, and people and scenes observed from a periphery were to become hallmarks of her writing. The London Financial Times described Castaway as ‘the stuff that dreams are made of’. The Observer called Irvine ‘a born writer as well as a ruthlessly talented survivor.’ A cult film based on the book was directed by Nicolas Roeg, and starred Amanda Donohoe and Oliver Reed. Irvine subsequently produced Runaway, tracking her early years, followed by a novel, One Is One, favourably reviewed in The Independent. Her chosen way of life – in a highland cottage where it was necessary to haul water and hew wood – continued to be informed by her remote island experience and when the chance arose, she took her youngest sons to live on another distant isle for a year. From there, using a satellite phone, she sent weekly diaries called Pigeon Post to the London Sunday Times. Later, a well received fourth book, Faraway, described the year from several points of view. These days, Lucy Irvine lives in a yurt in rural Bulgaria, where she grows fruit, runs a tiny aid operation for local people and animals in need, and writes. The PotHole Press will be publishing a collection of Lucy’s short stories which will be available from Apple iBooks, Amazon, and Kobo for download soon. To keep up with Lucy’s life now visit her Facebook page, Castaway Lucy or read her blog at http://castawaylucyirvine.wordpress.com/. Here is an extract from one of her fothcoming stories Catman.

Foreigners bought Baba Stefanka’s house. People thought it would lie vacant like the rest, mud brick crumbling, roof tiles falling, gypsies clambering in. But her grandchildren had put it on the internet.

Assen noted the way the Englishman wandered about his big new property staring at weeds, a grass cutter with a driving seat and the start of a boundary fence. When the fellow strutted about the village, Assen’s cats stared back from the sway-backed roof of his own tiny dwelling. The Englishwoman, local women agreed, was diminutive and dressed quietly. The word they used for diminutive could also mean small change. Most of them were large.

Talk at monthly bill-paying gatherings said the newcomers had another place in England; Baba Stefanka’s was just a holiday home. How easy life must be. Especially for her. ‘Typical Capitalists’, was the phrase that came into Assen’s mind as he listened to the gossip, but not out of his mouth. Anya had been the talkative one in their marriage.

‘Look at this light!’ Carole called from the bedroom window, that first spring. ‘It’s apricot! Michael would have loved it for photography.’

But Jim wasn’t a morning person and avoided talking about their dead son, so she sat alone on their start of a terrace – the kitchen roof with a rail round it – breakfasting on local yogurt with honey from a neighbour’s hives. Sometimes, she had a woodpecker for company; always, the soft clang of cowbells.

She took a mug of English tea to Jim before heading to the village shop for bread. Like going for warm croissants in France, she’d thought at first, though the bread here was sliced and came in a van. The woman behind the counter was helpful; Carole only had to point. Other customers wore friendly faces too, but their mouths shaped sounds she couldn’t match in her phrase book, for all her frantic flicking-through. It was the quiet morning walk she enjoyed more than getting there, and the quiet walk back. Mulberry trees grew beside the road and there was a spinach-like plant everywhere. Michael would have pounced on this, saying, ‘Food for free!’

Sometimes, she crossed paths with a straight backed old man followed by cats…