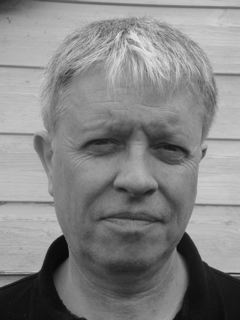 David’s first novel, Lost Bodies, which sprung from a Scottish Arts Council Award (now Creative Scotland), was published in 2011. It was hailed as ‘an incredibly powerful’ and ‘remarkable’ debut work of fiction and has been variously described as a metaphysical thriller and a psychological chiller. It made an impact across the UK writing scene and won him international praise.

His shorter fiction has appeared in Scottish, UK and international magazines and anthologies, including Gutter, Wordjig (New York), Chapman, West Coast Magazine, Nerve, A Spiel Amang Us and New Writing Scotland 29 & 30. He’s also published two non-fiction books. David’s day job is teaching creative writing and screenwriting at the University of the West of Scotland and he is now getting involved with film development as well as writing more fiction.

David’s latest novella for the PotHole Press, Best Man brings together three of his stories. Stories about change and the passage of time and the funny, sad, mysterious and magical things that happen to the people and places that endure them. A magic jacket, a vanished village and an impossible friendship.

You can buy Best Man from Amazon here and from Kobo here.

You can read more about David’s life and other work on his website and here is some praise for Lost Bodies .

“… an unaccustomed heatwave in a Scottish city, a serial killer on the loose, and a middle aged man tends an ordinary suburban garden and tries to make sense of things … A powerful, disturbing and beautifully crafted tale … Scarily good, and also – plain scary!” Catherine Czerkawska, author, playwright and poet

“Manderson is able to control expertly, in his use of focalised and fragmentary narrative, the unfolding sense of the ordinariness of the monstrous … this is incredibly powerful stuff.” New Writing Journal